I just read another interesting article about a new method to test for food allergies that is supposed to be more accurate than the current skin and blood tests out there.   If anyone is interested in some nerdy reading, check this out at MIT news.  Basically, they are claiming more accuracy because this technique is measuring the amount of cytokines produced (which happens in an allergic reaction) instead of just measuring the antibody to a particular food (which can cause false positive results).  There still needs to be more clinical studies to make sure this works but it would be a neat tool to have especially in the primary care setting.  Right now, our office does quite a bit of allergy testing using Immunocap.
Fortunately, our older daughter has no food allergies that we are aware of.  We started our second daughter on solids a couple of months ago and so far she does not seem to have any allergic reactions to any of the foods.  This is fortunate because it is pretty common these days for children to have food allergies or food intolerances.  Common foods that can cause allergies include peanuts, milk, eggs, soy, and wheat.

So breastfeeding is supposed to help prevent food allergies.  Plus, there is a line of thought that delaying solids and introducing foods in a certain order will help.  Well, we shall see what happens with child #2.  I breastfed my firstborn a few months past her first birthday!  I'm not sure I can last that long with this second child...

How many of you find it challenging to brush a two year old's teeth?  I think we got the routine down but I cannot be completely sure how well a job we're doing.  I get to brush her teeth first then I let my daughter brush herself for a few seconds.  We even have the "swish and spit out" down.  Sometimes it splashes everywhere and gets on her clothes.  There is always more messy-ness when a toddler is involved!  So initially we were just brushing with plain water but since around two years old, we've been using one of those toddler toothpaste gels.  Again, I'm not sure how well I'm brushing because I have to brush fairly fast and it is somewhat awkward brushing teeth that is not your own.  But at least we are doing it!

Now I've completely dropped the ball with my second child who just turned 7 months today!  There are those baby toothbrushes that you can put on your finger to brush the gums.  I did it with the first child and somehow in all the craziness, I've completely forgotten with the second.  I kept thinking that I'd just wait until she starts solids.  Well, she has started solids for almost 2 months now!  Oops.
I'm thinking about all this because I just read an interesting study that shows toothbrushing less than twice a day increases your risk for heart attacks!  It has to do with increased inflammation which can lead to atherosclerosis (clogging of your arteries).  The article broke down risk by those who brush twice a day, once a day, and less than once a day.  Boy, I have a hard time imagining how someone can brush their teeth less than once a day.  Brushing has become such a habit that to break that habit would feel really strange to me.

Today I was like a zombie at work because I've gotten such little sleep 3 days in a row.  After two nights of trouble, my toddler slept through last night peacefully.  However, my younger one had a rough night.  I spent from around 10pm to around 2am trying to soothe her to sleep.  I even gave her Advil and got blue medicine all over her white onesie!  Haha.. has anyone tried holding a squirmy fussy baby with one hand while trying to slip sticky medication from a dropper into the mouth of a screaming child?  Quite a challenge... Oh and it was also in the semi dark because I didn't want to overstimulate her with too much light!


So she finally went back to sleep around 2a but was up again at 4a.  Then back down by 5a and slept till 10a!  However, I had to get up by 7a.  Therefore, I only got 4 total hours of interrupted sleep.


Haha.  I thought residency days were hard being on call every 4th night and sometimes every 3rd night.  When you are on call in the hospital, you may get very little sleep if any sleep at all... however, with the new sleep rules now, you know you will go home by noonish the next day and will be able to sleep the following few nights!  There is no such predictability with kids.


I think my biggest struggle is the fact that I have absolutely no control.  I love control... I need to plan out my life... years at a time even.  Right now I am so disorganized and out of control, it is driving me nuts...


So deep breath!!  I'm learning to be more flexible.. to chill... to take it as it comes... and I'm trying to enjoy the little joys since I know this will be gone in a flash.  Though I'm so super tired and can hardly keep my eyes open when holding my little one in the middle of the night, I also have a hard time putting her down because she is so darn cuddly, soft, and cute.


So that is where I am right now... sleep deprived...  trying to function... going crazy and wanting the time to past at times... but then wanting to freeze the moment and just snuggle forever the other times...
Posted by Dr. Ellen at 10:16 PM

I believe my little one is teething.  She is gnawing on everything she can get her little chubby hands on.  For most of the day, she is happy and smiling and will crack up if you play with her and make funny sounds.  Then there are those moments at night where out of the blue we get high pitched screaming... not easily consolable.


So some myths about teething I want to dispell:

Now since she is chewing on everything, she is exposed to more viruses/bacteria and therefore may develop the above but teething alone is not the sole cause.
Oh boy, there she goes... may have to whip out the generic acetaminophen to soothe...
Posted by Dr. Ellen at 12:29 AM

Falling out of bed!

Last night while trying to watch a video after the kids were in bed, my husband and I heard a loud "thump" and looked at each other.     It sounded like a fall, so I rushed into my toddler's room.  Sure enough, she was laying on the floor.  How did she end up there when there is a rail?  The next hour or so took a lot between my husband and I taking turns trying to calm her down.  After the first few minutes, we determined that she was not seriously injured only scared and upset and very very tired.  At the end of it all, we got the futon and laid it on the ground of our room and I laid next to her until she fell asleep.  This morning, she seemed to have no recollection of the whole event.  Hopefully, I did not start a bad sleep habit that I have to now try to break...


So that was the second time she fell out of bed while sleeping!  The first time, we were in a hotel room and she was sleeping on a double bed with no rails.  Maybe we'll have to look into bed side rails or something...


So when to call the doctor or go to the ER if your toddler falls off the bed?  I say, when in doubt, call your doctor for that is what our urgent lines are for.  But in general...

More urgent signs would include things like
When in doubt... I'd call your doc to be on the safe side.
This toddler stage is such an active stage and we have a super active child... even when she sleeps!  Hopefully, no more falls from beds...
Posted by Dr. Ellen at 11:23 AM

We just received in the mail today our coupons for the recalled Children's Tylenol, Benadryl, and Motrin.  There were two coupons for $7  and one $11 towards a McNeil product.  The coupons expire May 2012 and came with a letter explaining that they are doing all they can about the situation and to use the coupons once the stores have the products stocked back up.  Well.. who knows when that will be given this more recent expanded recall!


I'm debating whether it is worth claiming the adult versions of the Tylenol and Benadryl... even Rolaids got recalled!
Posted by Dr. Ellen at 11:51 PM


So my aunt sends me a link to this site reporting the latest recall of Tylenol and Benadryl by J&J and McNeil.  This time it affects adult strength like it did last fall.  In fact, in the last 8 months McNeils recalls include:


Well, all this is troubling to me because I advise my patients to take Tylenol and Benadryl all the time!  They are staples to have around the house!


To get an entire list of products affected, you can go to McNeil's webpage.  You can also enter your lot# and call a toll free number to claim your refund or voucher.


Okay, so what are the Tylenol and Benadryl alternatives?

The thing is I would have expected issues with the generic versions and not the brand.  This all makes me wonder if there are issues with other meds or brands that are just not discovered yet.  Oh well... it is what it is.
Posted by Dr. Ellen at 10:37 PM

My poor ltitle girl did not poop for 5+ days... starting solids can do this sometimes and of all things carrots were her staple the last few days we were in Florida.

So foods that may constipate include:


Funny thing is those are usually the recommended starter foods.  Go figure...


So after much crying and pushing she finally went today!  Yay!  I will have to get some prunes or apricots in her and try to increase fluids.  Pumping her legs and rubbing her belly is supposed to help as well.  If all else fails... there is manual rectal stimulation (which I actually did do today)... then the glycerin suppository.  Hopefully, we will not need to go there!
Posted by Dr. Ellen at 12:04 AM

Getaway without the kids! (Part 2)

So the thing about returning home from a getaway is that there is less alone downtime and a ton of errands to do (laundry, getting kids to sleep, etc)!  Part 2 will have to be significantly truncated because I'm super sleepy and want to hit the sack... 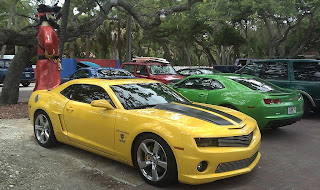 Will elaborate if there is time tomorrow...
Posted by Dr. Ellen at 11:29 PM